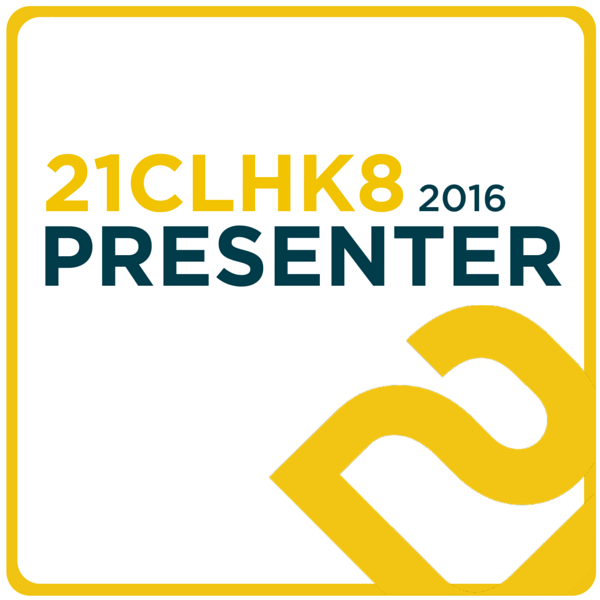 I was fortunate enough to have the opportunity to attend the 8th annual 21CL Conference in Hong Kong. This was my first time attending the conference, and my first time in Hong Kong. I was especially excited to be presenting a half day workshop with Ben Summerton & Art Schultz. We were helping participants to create proposals for professional development programs, based on the FishBowl model we created at Korea International School.

When I reflect on the three and a half hour workshop, there were two issues that I had not anticipated. The first was that it was very ambitious to attempt to have a majority of the proposal completed by the end of the session. Second, a majority of the participants did not need to have a formal proposal in order to implement a PD program at their school. They either had the power to make the decision, or the school did not require such a formal plan. Based on the feedback we received, neither of these issues took away from the satisfaction of the participants. Their big takeaway was the understanding of the key elements of what makes the FishBowl model successful in schools, and some of the do’s and don’ts that help to build the program.

After our presentation, I was able to spend the rest of the conference learning from other outstanding educators on a variety of different topics. The session that left the greatest impact on me was led by Rob Newberry (the link is to his Twitter, but he has “retired” from Twitter), from Chattsworth International School in Singapore. His topic was Talking To Kids About Pornography: A Framework For Educating Our Students. Rob is definitely pushing the limits here, even if his session didn’t take place on a Saturday morning at 8:30 am.

Rob is set to implement a pilot program for seventh graders in the upcoming school year. Needless to say, this is a very controversial topic, and opinions about whether or not this type of subject – or any type of sex ed – span the entire spectrum. Parents, administration, teachers, and students all have pretty strong opinions on whether or not this should be taught in school.

This brings me to a more systemic question than whether or not we should teach students about pornography at school. My question is, “How would you implement a controversial program at your school?” There are so many factors to consider, starting with the opinions of all stakeholders. A “controversial” program looks different in different communities, and really could be about any topic. A few years back when I was helping to plan for a 1:1 iPad implementation in grades 3 and 4, there was initially a groundswell of organized resistance to putting these devices in the hands of children, for a variety of reasons.

I leave you with this:

What steps would you take if you feel passionately that a program needs to be implemented at your school, and there is going to be a strong resistance to it?